I have followed up Stephen Farthing’s suggestion to produce a script/treatment for a Mixed Reality /Digital to Physical artwork for my MA Final Show.

The piece is about the plight of refugees fleeing to Europe in small overcrowded boats, which often capsize, drowning the occupants – unless they are rescued – and then what?

I am grateful for Stephen’s advice to date, but going forward, and in order to avoid any conflict of interest, I will be using my MA Fine art Digital tutors and MA colleagues as a sounding board for the development of this work for my MA Show.

Here are my early inspirations and ideas:

The Optician of Lampedusa

Emma-Jane has agreed to meet me early in the New Year.

Original Interview  with the Optician of Lampedusa

I saw the original stage production at the Edinburgh Festival, August 2016

I have ordered the Vuze 3D 360 degree camera, to make the backdrops to the Holographic 3D images of the actors

Using scans made, using the Veronica Scanner, of my wife Suzy and I, to represent drowning people. This is Suzy. I have yet to get mine, hopefully in the next few days. I will 3D print the files in castable PLA, in several pieces that I will need to bond together, to make a life sized bust.

I have no experience of making a film (but I have had very minor roles in a couple), let alone one in Mixed Reality. Nor have I written a script or film treatment. So I have reached out to others for guidance. I am grateful for the help of the following mentors:

Michael Mueller, Director and Producer, Scoop Films  To guide me in the process of creating an artistically engaging piece of work.

Albert Kim, CEO and Founder, DoubleMe – Holographic Virtual Reality Experiences         For his kind offer to make up to 10 mins of Augmented Reality film for the Microsoft Hololens (equipment I have ordered) in their studio, alongside Ravensbourne University. In return I have to make the filmed holographic 3D objects (actors) available for others to access on YouTube, and for use in their own work under a Creative Commons agreement.

Hopefully, through contacts Kai Fischer and the National Theatre of Scotland, who in any case I need to obtain permission to incorporate some of their ideas into my artwork.

The Hololens Augmented reality headset, through which the viewer immerses themselves in the artwork. They will be able to walk around the actors and into the scenes, and listen to the same sounds playing outside on the projector screen.

Stereo sound using a Feonic audio-source on the rear of the projector screen, so that there are no visible speakers.

Two plinths, each with a foundry bronze life sized sculpture of the bust of two survivors, before their rescue from the sea. Similar to:

This will be a downloaded version to the iPhone in the BoboVR headset, linked to a tracking by a VicoVR, full body controller for mobile Virtual Reality. This is similar to Kinect but for mobile devices, without connection to a computer.

A Holographic Display, which I have ordered from H+ Technology, Canada. This will play the video footage and sound from the same 3D Virtual Reality file on an iPhone or iPad. 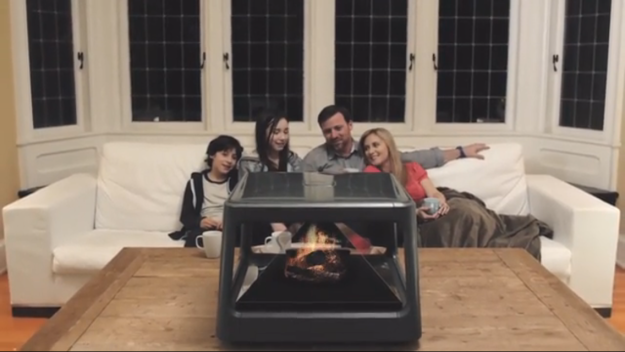 Summary – A Comparison of Experiences

Perhaps, each installation could be in a separate place in the MA Show (as at last year’s MA Show for Peter Mansell). Potentially, due to space considerations, I may have to pair this back for the show itself.

The viewers will be asked to say which one they preferred. This will be part of my Research for my MA. I will try and introduce some of these displays, even if unfinished, at our Digital Maker Collective events at the Switch House, Tate Modern in Feb/Mar next year.